The National Institutes of Health released a press release in May 2011 covering their findings on the impact of secondhand smoke on the brain. The article stated that those exposed to secondhand smoke suffer the same impact as those that do smoke. Being around secondhand smoke regularly could create behavioral patterns in the brain that promote smoking. You can read the press release here: http://www.nih.gov/news/health/may2011/nida-02.htm

With that said, I'm pleased to share with you the follow up painting to
"Brain and Smoking, Part 1"


The smoke beginning to build in the brain represents the start of the brain establishing similar patterns with the brain of someone that smokes regularly. As referenced in the above article by the NIH, those that are about secondhand smoke can develop brain patterns that promote smoking.

This piece is the companion to  "Brain and Smoking, Part 1" 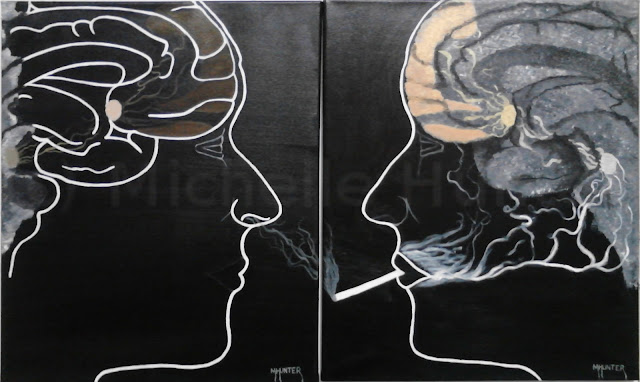 By seeing the two paintings side-by-side, you can the areas that are highlighted in one profile but not the other. For "Brain and Smoking, Part 1" which is on the right, the white outline remains strong around the mouth which is the smoke fumes are mostly inhaled, in addition to the nose. For "It Begins: The Brain and Secondhand Smoke" the white outline is strong around the nose and not the mouth.


What also connects the works is the smoke. The smoke coming from the profile on the right is being inhaled by the profile painting on the left.

As usual, let me know your thoughts and I look forward to sharing my next brain painting with you!


Check out the others works that make up the brain series so far. The works address: being present, caffeine, memory, alcohol, sleep and music. http://hunterart.blogspot.com/2012/02/brain-series.html

This post will be updated with new work. Stay tuned or chose to be notified via email by completing this brief form: http://eepurl.com/OUkJ


Click on the blog links below the images to read more about the work. 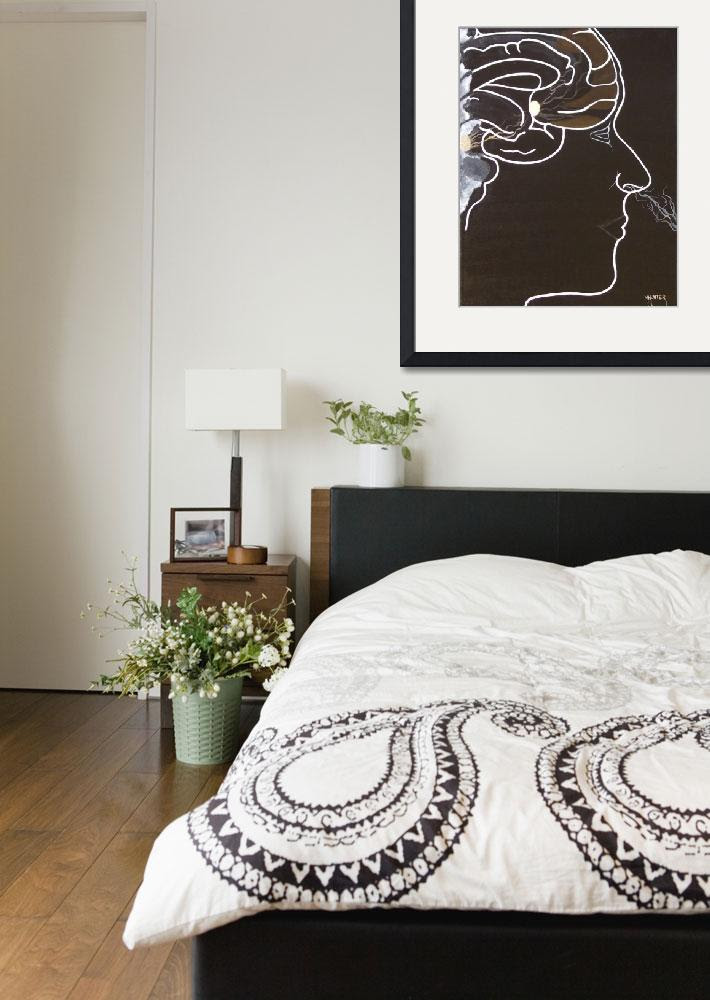